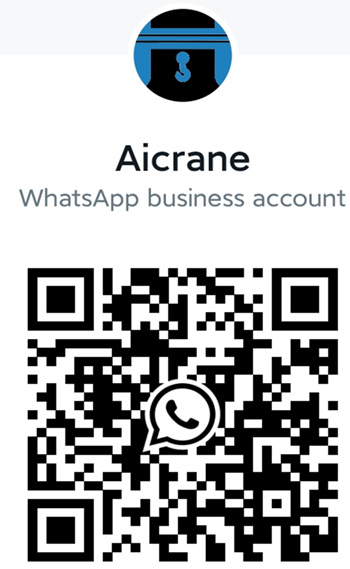 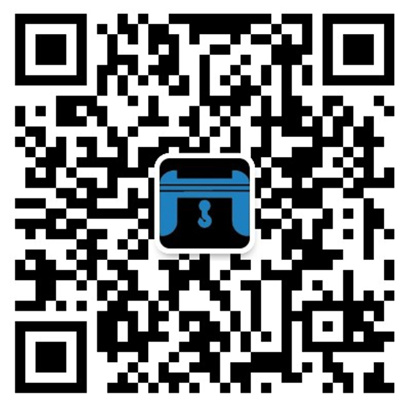 Winch is the main component of the crane vertical transportation machinery, which can be used to lift materials, install equipment and other operations. Because of its simple structure, flexible movement, convenient operation, low cost and strong adaptability to the working environment, it is widely used in the construction of lifting and dragging heavy objects.

JK series is a single drum fast winch. Because it is braked by electromagnetic brake, it is also called electric control winch. It is mainly composed of motor, reducer, brake, drum and frame. When starting the motor, the electromagnetic brake is released synchronously, and the power through the coupling is decelerated by the reducer to drive the drum to rotate. When the motor stops, the electromagnetic brake also stops synchronously to stop the drum. The positive and negative rotation of the drum shall also follow the rotation direction of the motor. Therefore, the object falling also depends on the rotation of the motor, and can not make the self weight falling, which affects the falling speed. Due to the use of closed reducer and electromagnetic brake, it is the most widely used model in the construction, which only needs to be operated by hand-held button switch, with low labor intensity and stable and reliable work. 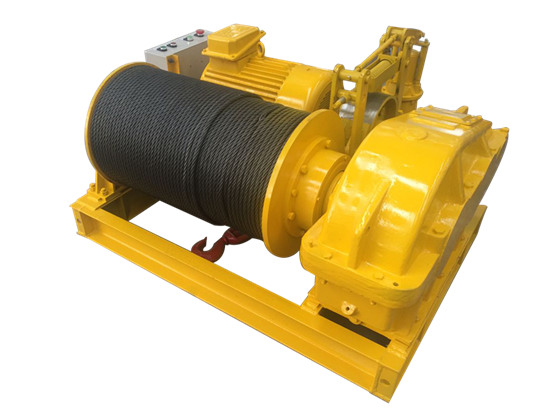 JM series is a single drum slow-speed winch, with rope speed of 8-10m / min and traction force of 30-200kn. It is a winch used for equipment installation or tensioning reinforcement in construction. Its structure is similar to JK series, and it also uses electromagnetic brake. It only uses worm gear reducer in order to reduce the speed of drum. A pair of open cylindrical gears are added between the reducer and drum to reduce the speed. 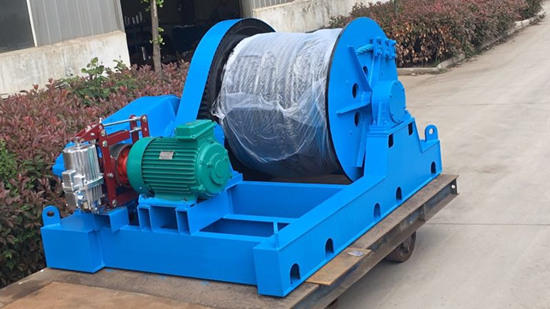 JD series winch, also known as dispatching winch, is used for dispatching mine cars in mines. Because of its small size and convenient use, it is still widely used in construction (non explosion proof type can be used for construction). Its characteristic is to decelerate with the planetary reducer installed in the drum. 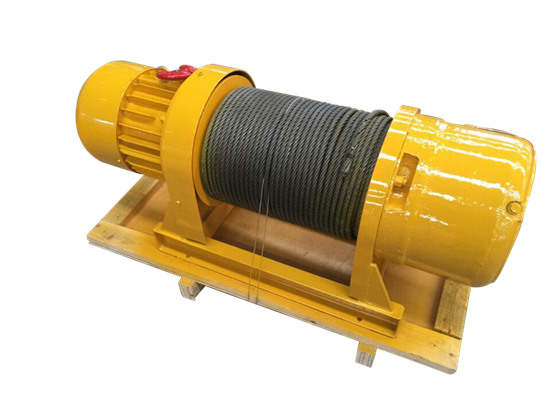 When the brake belt on the drum is tightened and the brake belt on the big inner gear is loosened, the drum is braked, the planet carrier is connected with the drum and fixed, and the planet gear can only rotate, and at the same time, the big inner gear is driven to idle, the weight stops at a certain position due to the static drum, and the winch is in a stop state.

When the brake belt on the large internal gear is tightened and the brake belt on the drum is loosened, the large internal gear is braked. In addition to the rotation of the planetary gear, it also rotates around the central wheel to make the planetary gear frame rotate, and the drum rotates with it, so that the heavy objects can be pulled, and the winch is in working state. 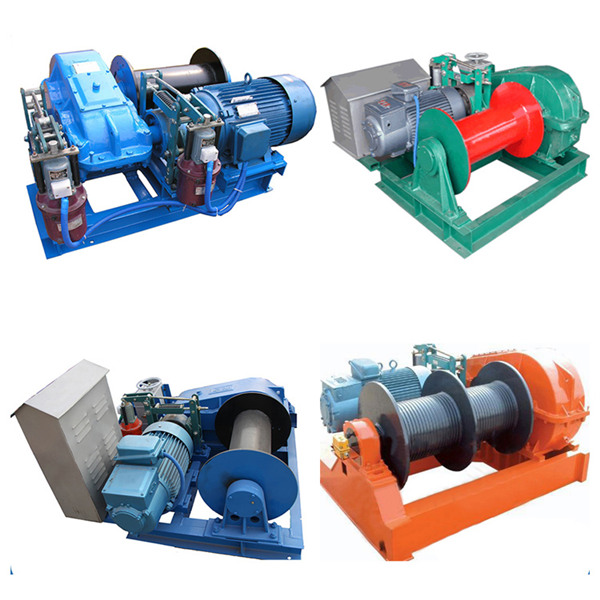 2JK series is a double drum fast winch which uses a motor and a reducer to make two drums rotate respectively or simultaneously to pull objects. Its rated traction refers to the traction force when used as a single drum. If two drums are required to lift heavy objects at the same time, the total load lifted on the two drums shall not exceed the rated traction force. According to the arrangement of the two drums, they can be divided into two types: longitudinal type and transverse type.

2JK series winch is connected by the motor through the elastic pin coupling and the input shaft of the reducer, and the output shaft end of the reducer is meshed with the clutch big gear through the open pinion. When working, push forward the control handle to make the swing arm on the ejector rotate, the multi head screw rod presses the steel ball, the ejector rod and the thrust plate to make the drum move to the left to compress the pressure spring, and the drum rotates together with the friction and the conical friction clutch, so as to pull the object.

When the joystick is pulled backward, under the action of the pressure spring, the drum and the conical clutch are separated, and the drum stops rotating. The brake device is a belt brake installed on the drum and equipped with a ratchet stop to ensure reliable braking. During operation, the brake belt must be loosened to lift the weight first, and the pawl shall be released from the ratchet wheel before normal operation.